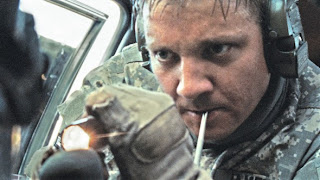 The Hurt Locker is a story about an Army Bomb Disposal Squad in Iraq.  It's gritty, emotional, intense and does a good job of giving you a feel for what it'd be like being there.


The Experience
Overall, I enjoyed the experience of watching the Hurt Locker.  There were some beautifully shot scenes -- for example, at the beginning when the bomb goes off with the slow-motion gravel floating in the air -- interesting characters and relationships, and a setting that's relevant to us all these days.

What was interesting about this "war" movie was that it often feels more like a horror movie -- with long lengths of screen time taken up to build suspense in terrifying situations. The bomb itself is often the villain and antagonist. In Dramatica terms, I would bet that the OS Throughline is set to Situation, as most horror movies are, accounting for the moodiness of the piece. (OS Throughline of Situation means that the Overall Story -- OS -- the story that involves all the characters -- has to do with some sort of Situation they're in -- in this case, being deployed to Iraq in the service of the US Army). 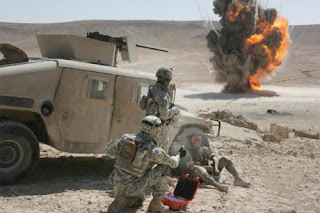 The Main Character, James, is a Steadfast character, which we see at the very end, walking down the street in the Suit, smiling. This is where he feels most alive -- just like he did at the beginning of the story. I would wager that he's waiting for something to Stop in his environment -- he's waiting for people to stop setting bombs.

Some might argue that James is a Change character -- that something vital about him shifted in the story, as he let the man die near the end while he hadn't given up before. But James was about effectiveness -- he disarmed bombs IF he knew he could or had a fighting chance to. Once he realized there was no hope for Mr. These-Guys-Strapped-A-Bomb-To-Me, he let him blow up -- hell, both of them dying wasn't going to solve anything. And the filmmakers didn't spend any time showing us that James was particularly upset about this occurrence -- it didn't seem to have more impact on him than any of the other traumatic events did. (Although, these events did impact him -- I just don't think Blown-Up Guy impacted him more).

Criticisms
There were a few things that I felt could have been improved. Maybe it's just because I'm familiar with the technique, which was notable used in Psycho. When a filmmaker wants to surprise you, sometimes they'll bring in a big star, one who could carry a whole movie, and then axe him unexpectedly. In this case, though, I don't think having the big name actors, Guy Peace and Ray Fiennes, die within 10 minutes of being onscreen had the impact that the directors hoped. For me, it was more of a letdown that I wasn't going to enjoy both of these amazing actors than it was an impactful surprise.

Another criticism: the movie often felt slow -- too much waiting, too many scenes of the bomb approach. I believe they could have successfully maintained the mood they were after even if they had compressed a few of these scenes or cut some footage.

Part of this slow feeling stems from there not being a clear escalation and development of the plot.  There are a few different stories going on, developed to different degrees (i.e., James and Beckham -- and Beckham showing up later after James thought Beckham had been made into a body-bomb, without much attention given to this psychologically striking reappearance).

I felt myself wanting a single antagonist. It often felt like there was going to be a game of cat-and-mouse between James and some master bombmaker -- that the bombmaker would be watching James and upping the ante with every bomb defusing scenario. James even holds up critical bomb pieces to distant (or perhaps hidden) observers, triumphantly showing that he thwarted their attempt.

The absence of a single (or even unified) antagonist might be intentional --"There's no face on these guys -- all you see is a bunch of bombs and a bunch of suspects," the makers might have been trying to say. But, even if you make the "antagonist" a group, like Al Qaeda or non-Al Qaeda who hate the Americans for the destruction they've brought or both, it might've come across better.

Emotional Outbursts
I liked when James lost it, needing to find someone to pin this on (and ultimately failing to do so). I enjoyed it both times, actually. He lost it once, when he thought Beckham had been made into a body-bomb and again, later, when he put his team in jeopardy by seeking out someone who might have remote detonated a bomb.

Both times, the escapades ended in failure. I think this captures an important experience of soldiers: intense frustration (kill a bad guy, 10 more take his place). It would've been nice to see James's prediction (that the "enemies" that hide in the dark are using remote detonators) confirmed. I think these places, where the story went "off track" in a completely different direction, were some of the most exciting. The first time, when he snuck off base, was complete and I felt worked well. The second time, when he forced his team to leave the main area to "hunt Hodgies" started well, but didn't close up well for me. I'll have to figure out why.

Escalation
I thought that the story escalation could have used reordering. From just a bomb, to a body-bomb, to a live man unwillingly saddled with a bomb. The dead kid made into a body-bomb was much more intense for me than the old guy who became an unwilling participant. It tied-in in all these nice ways -- to James's son, to Beckham, to the depravity (or desperation) of using a cadaver as a weapon. It was one of those great movie moments where after you see the body-bomb, you felt that somehow you knew (but you didn't) that it had to go there.

Amazing Transition
The scenes at the end -- the abrupt shift of James to a grocery store civilian dad and the ultimate and painful meaninglessness of finding a box of cereal among hundreds -- was powerful. Had the movie ended there, we might've had a failure MC judgment (meaning the Main Character did not resolve his inner issues).  But seeing him, suited up, hint of a smile, a few scenes later -- you just know that's the shit he lives for. And he's good at it. Main Character Judgment of Good.

Loose Ends
Which reminds me -- there was a scene where some superior officer was busting his balls. The guy was antagonistic and sarcastic, calling James a wild man (another big name actor, but I can't remember who). But he never reprimanded James directly. And he never made another appearance (or if he did, it had no lasting impact on me). This relationship should have been developed or left out -- it was rife with potential and became a minor source of disappointment.

365 Days Left With Bravo Company
The story outcome was Success, if we agree that the Goal was to survive in Iraq for your deployment.  This was the feel I got every time "365 Days Left With Bravo Company, 2 Days Left with Bravo Company," etc. came up. Clearly, this was a timelock.   mentioned earlier that the story felt slow. I think in part this had to do with the timelock not being set soon enough and with it not progressing at a regular pace. The "days left" screen text didn't have as progressive a feel as I'd hope. You can tell it's a timelock because the story comes to an end very soon after the time runs out (and by the nod to the future by presenting a "new story" snippet with "365 Days Left with Tango Company" -- or whatever company it was -- at the end).

This could also clearly account for the slowness I felt . The story -- while ostensibly a timelock -- feels more like an optionlock -- although I'd have to guess at what it might've been for this movie.  (How many ways can you disarm a bomb?)

Stuck in a Bad Situation
In this movie, you get the feel that you're one of these guys stuck in a crappy situation and if you just make it through... well, that's it, isn't it? If you can just get through. That's why this story strikes me as an OS Situation Throughline. You just want to survive the disaster, you just want to not become a victim of the Slasher.

And the feeling was that all the characters were potential victims -- at any time (they emphasized this by bringing in the big name actors and capping them or blowing them up quick) you could be a goner and you had very little control over it. The two guys who got blown up and blasted (Guy Pierce and Ray Fiennes) were extremely competent. They were well trained, practical go-getters. Didn't make a damn bit of difference. Eldridge, the emotional rookie, survives; these experts don't. The scene with Fiennes also felt somewhat tacked on and I'm not clear on its purpose. Actually, I take that back. It had a few purposes -- Eldrige takes a shot (which he didn't before) -- saving them all from being shot in the back. James and Sergeant's (name?) relationship is developed as they sit sniping people.  But why was Fiennes and crew necessary for this scene? Answer: it wasn't.

Not Perfect, but Awesome
While I've heard rumblings of Oscar nominations and Academy Awards, I'm going to hedge my bets here. While the Hurt Locker was a good movie, it didn't live up to it's potential. The fact that it was focused on our soldiers in Iraq may, for political reasons, help it bring home a trophy or at least a few awards.

A Thank You
To all of the soldiers out there -- Thank you.  I don't envy your job -- I can only imagine how difficult it must be -- I've interviewed hundreds of soldiers and listened to their stories -- and I, for one, appreciate what you're doing. 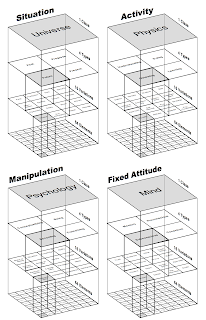